The Montreal Gazette: Montreal Fringe Festival: High hopes by the dozen
Pat Donnely of The Gazette picks LOTUS among the best

Since there are 110 shows to choose from at this year’s Montreal Fringe Festival, the choosing demands careful consideration.

The 24th edition of this democratic annual festival, which gives all performing artists a fighting chance to draw an audience and earn some cash, is moving into full-speed mode this weekend, with dozens of shows available each day.

The Fringe Park (a.k.a. the Beer Tent), which has been open since Thursday night, is the best place to begin your daily trajectory, as it puts you in the mood Plus, the box office for all of the shows is right there.

As is the custom, I am sharing my annual list of top shows, with the warning that it is based on previous experience, excerpts I saw at the Fringe-for-All on June 2, resumé-checking via Google and wild, unsubstantiated rumours.

Another warning: The Fringe is no place for anyone who abhors one-person shows, as there are about 40 this year. (Looking on the positive side of solos, such excellent raconteurs as Jem Rolls, Keir Cutler and Jon Bennett are back this year.)

Each year I see anywhere from 10 to 20 Fringe shows. And like most people, I change my mind from one day to the next. Scheduling often plays a big role in choice. So any list is subject to constant revision.

2. My Playwright Sister. If you’ve already seen Johanna Nutter’s My Pregnant Brother, you’ll want to see her latest effort, created in collaboration with her brother James Diamond and directed by Jesse Stong. It’s a play about a hit play that ignited family squabbles. (Continues until June 20 at the Freestanding Room, 4324 St-Laurent Blvd.)

3. My Big Fat German Puppet Show. Frank Meschkuleit, best known for The Left Hand of Frank, is a veteran of the Canadian Fringe circuit. He knows what he’s doing, and he’s hilarious. Even people who hate puppet shows for adults tend to like Frank. (Continues until June 22 at MAI, 3680 Jeanne-Mance St.)

5. In Memoriam: The Wake of Cheddar Fandango. The multi-talented Sarah Segal-Lazar’s latest creation is a spoofy musical about a prematurely deceased music hall performer, replete with graveyard humour, presented in a cabaret setting. Segal-Lazar created a sensation at last year’s Fringe with her mini-musical Talk, Mackerel. (Continues until June 22 at the Wiggle Room, 3874 St-Laurent Blvd.)

6. Bananaramallamadingdong. Don’t even try to spell the title of this show. Improvisational comedy can be dicey, but the hilarious Zack Adams, of Perth, Australia, is one of the three creators, along with Al Lafrance and Jo Willers. He’s so funny, I actually follow him on Twitter. (Continues until June 21 at Club Espagnol.)

7. James Mullinger Is Living the Dream. Mullinger is a British comedian who has toured the U.K. and played the Just for Laughs festival. I’m curious about this guy, whose first solo show was called The Bad Boy of Feminism. (Continues until June 20 at MainLine Theatre, 3997 St-Laurent Blvd.)

8. Kitt and Jane: An Interactive Survival Guide to the Near-Post-Apocalyptic Future. Another show by Ingrid Hansen and her Snafu Dance Theatre, based in Victoria. Be prepared to take part in a tutorial on surviving the apocalypse, led by two wacko teenagers. If you saw Hansen’s zany Little Orange Man last year, you won’t want to miss this one. (Continues until June 21 at MAI.)

9. Double Happiness: A Tale of Love, Loss, and One Forever Family. This production by former Chicago Tribune journalist Kelly Haramis sounds like it could be an articulate woman’s guide to dealing with infertility and adoption. Apparently she has studied with the Second City comedy troupe. As a fellow journalist, I’m curious whether her career switch was a wise one. (Continues until June 22 at Scène Mini, 4247 St-Dominique St.)

10. Lotus. A play about cyberbullying, with thriller overtones, written by Caitlin Murphy and directed by Bryan Doubt. The local company, Hopegrown Productions, made it into the Edinburgh Fringe Festival last year with Around Miss Julie. (Continues until June 22 at Espace 4001, 4001 Berri St.)

11. Crook of My Dreams. Two sisters, Phina and Sophie Pipia, working out of New York City, are behind this vaudevillian musical crime thriller. Two FBI agents set out to create the ultimate con artist, but he runs away in search of true love. Three other performers from various disciplines join the sisters on stage. (Continues until June 22 at Espace 4001.)

12. Last Metro: The Musical. Wouldn’t it be wonderful if this collective creation lived up to its promise and we had an exciting new quintessentially Montreal musical? The talent sounded good at the Fringe-for-All. Let’s hope the story does them justice. (Continues until June 22 at Cabaret du Mile End.)

The Montreal Fringe Festival continues until June 22. Tickets, $10 or less, can be purchased at montrealfringe.ca, by phone at 514-849-FEST, at the central box office (corner of Rachel St. and St-Laurent Blvd.) or at the venues one hour before showtime. 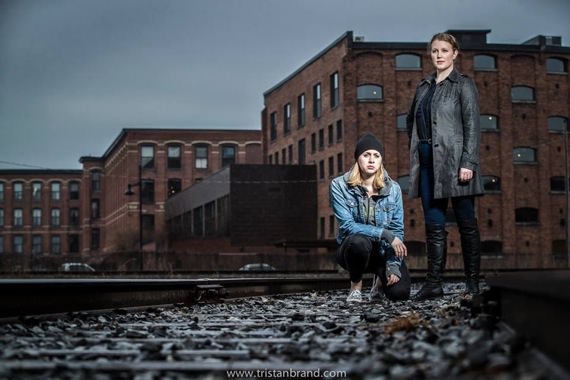